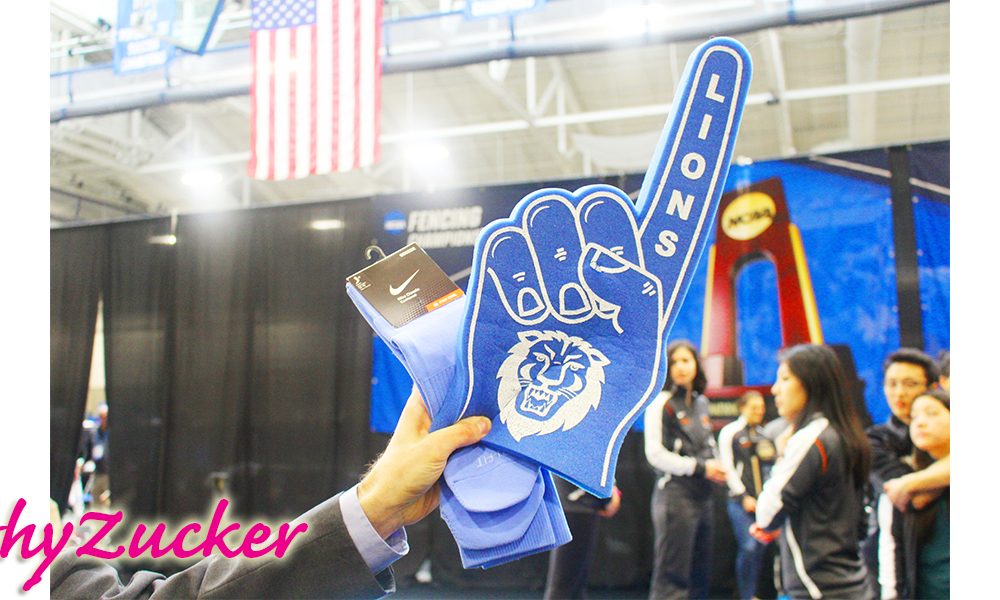 There are moments in every person’s life when you have the opportunity to make an impact on other people’s lives. And along the way? To find your place in the world.

I spent this past weekend at the NCAA Fencing Championships in Waltham, MA. And? I was there without my husband. I missed him every moment of every day. Every time I ran into someone I knew – and I knew probably half of the coaches and officials because I used to fence with them – they asked if Noah was there. My answer? I left him home with the kids.

Why did I go to the most prestigious college tournament without my husband, a two-time All-American and someone so synonymous with college sports that for decades, people have approached him on the street because they recognized him from our school newspaper? Because I needed to do this.

I had a stealth fencing career, primarily after college. I remember a fencer coming into the locker room at our club and saying, I took a look at the results list from a NAC and you are really good! She had no idea that I was consistently making the top 32 at national competitions. And she wasn’t the only one. People largely identify me with administrative roles in the fencing world. But the reality is that at the same time as I was serving on boards of directors and running tournaments, I was also training and competing at a pretty high level. My husband and I used to fence each other multiple times a week – when we started again this fall after an absence of a decade, the experience was so familiar and joyful that we both started laughing. We are competitive with each other, don’t get me wrong. We both want to win all the time. But that doesn’t stop us from recognizing what the other needs to do, and getting out of each other’s way.

And that is what happened this weekend. Was my husband jealous that I got to watch our college win it all? Absolutely yes. But he also knew that I need to get out from under his shadow and establish my own identity. I can more than stand on my own in the fencing community. And now the entire world knows that.